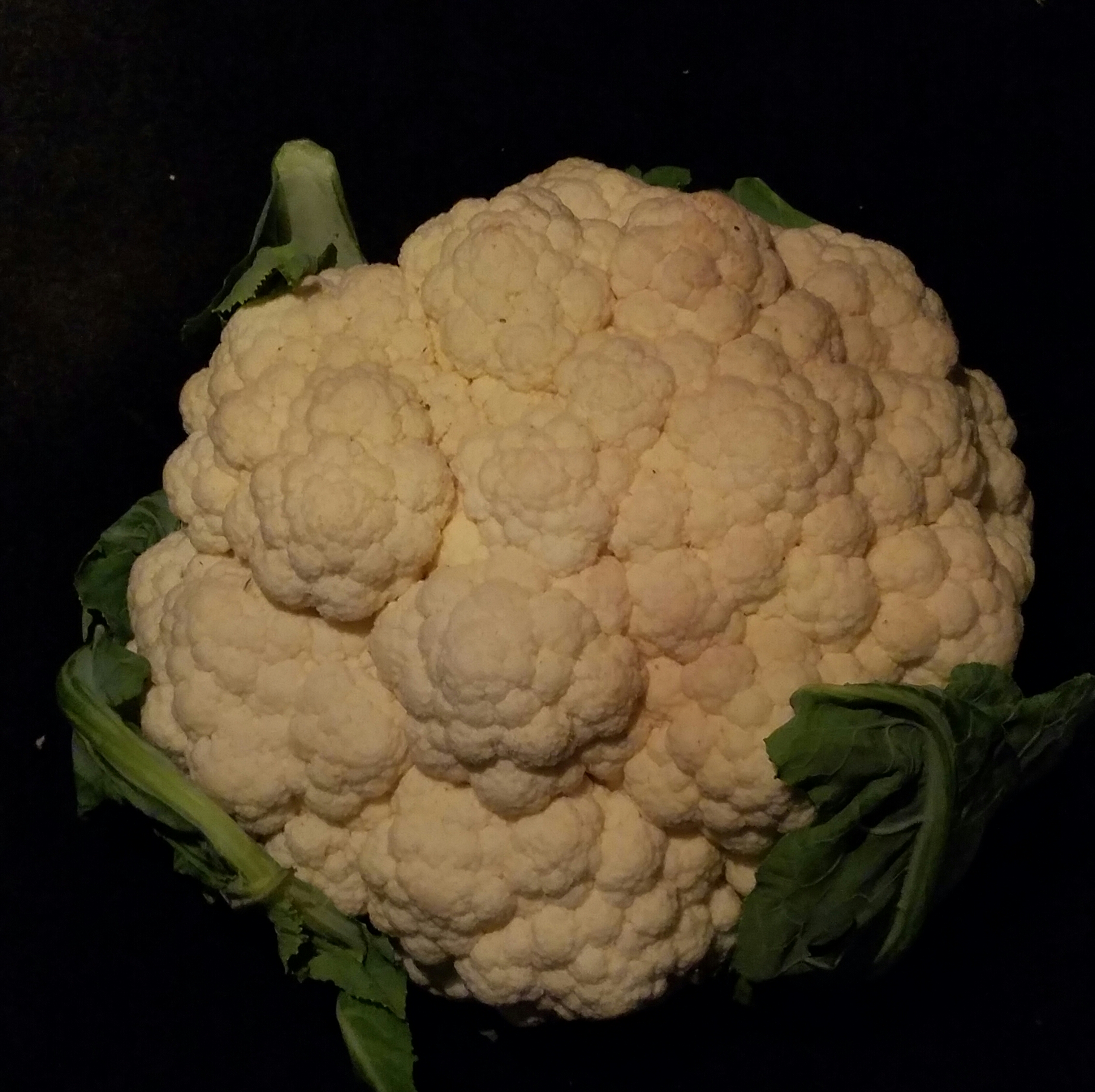 The stack of monster heads of cauliflower at the Saturday Abingdon Square farmers’ market looked so sensational I had to buy one. Four dollars, a bargain. It was so close to Halloween that I felt like the headless horseman carrying it home. I had to weigh it, of course–slightly more than five pounds. That’s less than eighty cents a pound. Cheaper than potatoes, or carrots, or–come on, what pound of anything can you buy these days for eighty cents that’s worth eating?

Nevertheless, the very size of a cauliflower (this one took up half a refrigerator shelf) can be daunting, and, to be frank, how much of any cruciferous vegetable can one eat before it becomes a burden? Not to worry: I have a recipe, and it’s ridiculously simple. The first time around it’s a lovely pureed soup, and the excess (this five-pounder yielded eight cups of puree!) can later appear as a sauce over gnocchi because cauliflower and potato are flavors that marry well.

Cut the cauliflower in quarters and remove the core, which is not tasty, as well as the leaves. Chop it up and put it in a large saucepan. Add broth and cook over low heat until the cauliflower is very soft. If it gets dry, add more broth. Let it cool, then puree in batches in a food processor, measuring the amount of puree as you pour it into a mixing bowl.

For four cups of puree, I suggest 1 teaspoon salt, 10 grinds of fresh pepper, and a heaping tablespoon of thyme. If the puree is too thick for a soup, thinning it with a little half-and-half won’t hurt the taste one bit. Heat and serve with a dash of red pepper if you desire.