What Is This Carbon Footprint Thing?

Okay. It’s front-page news now. We’ve crossed the threshold of 400 ppm (parts per million) and the carbon footprint alarm that has been sounded for years by every climate change scientist not being funded by the fossil fuel industry is now a blaring siren. The new warning is no longer even about climate change–it’s about climate chaos, and the evidence of that is pretty much everywhere–so it’s time to ignore the blather of the deniers and start having some fact-based discussions. Yes, it’s time to talk about the chart of the elements from chemistry class, the one I slept through in high school.

Every important social movement in my lifetime has started with a teach-in, so here goes my contribution. I’ve gone to the Internet to learn some basic facts about carbon, and they’re pretty easy to understand: Earth-borne carbon, the black stuff, is indeed the stuff of life. The problem is air-borne carbon, combined with another element, oxygen, which is called carbon dioxide, and the amount of that in a cubic foot of air is the ominous threshold that has just been crossed by humanity and all of life on earth.

The interesting thing is that carbon is also part of the solution. It’s the ingredient in filters that sucks up toxins and dirty stuff. The results of a study of the world’s fjords is that they are terrific filters of carbon in runoff water that sinks to their super-deep bottom. Rural upstate New York was once devastated by acid rain from smokestack emissions of carbon dioxide. After 20 years of EPA regulations the lakes are once again full of fish, thanks to the filtering job done by carbon. But nature’s own toxic site clean-up would have never happened without the action of human beings, legislating and then enforcing that regulation. A future post will explore the power of two systems, scientific and indigenous knowledge, joining forces to clean up the air and water of our planet, now sending out alarms to the only ones who can come to its rescue–us. 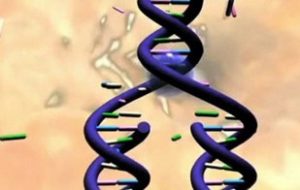 After Henry Louis Gates, host of the PBS show, Finding Your Roots, revealed to his guest, Ben Affleck, that he had discovered a slave-owning ancestor in his family’s genealogy, the megastar asked him to delete this information when the episode was aired. Both faced a dilemma.
Read More
headerOffset: footerDepth:
sidebarHeight: currentScroll: sidebarMarginTop: