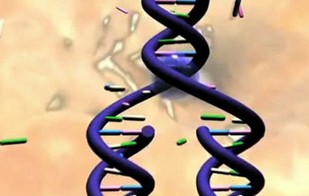 After Henry Louis Gates, host of the PBS show, Finding Your Roots, revealed to his guest, Ben Affleck, that he had discovered a slave-owning ancestor in his family’s genealogy, the megastar asked him to delete this information when the episode was aired. Both faced a dilemma. For Gates is was a matter of journalistic integrity. For Affleck it was privacy rights. After all, celebrities come on the show and have previously unknown information about their personal lives revealed in real time, cameras rolling. In the end, Gates agreed to suppress this information, only to have it exposed by the Sony hackers.

What I find more interesting is the DNA research that traces much deeper ancestral roots, ones that unite rather than divide us as a race. It’s now an accepted scientific fact that everyone alive today can trace their ancestry back to human beings who left Africa about 50,000 years ago and settled the planet in a remarkably short time. By examining DNA in existing populations, researchers are able to map the routes various “haplogroups” took in this migration. One, Haplogroup X, for instance can be found in high-latitude cultures around the world, from the Sami of Scandinavia to the Sioux to the aboriginal Ainu of Japan. Also fascinating are the cultural similarities among many far-flung groups, like the music of the Inuit in Alaska that sounds like it is played on an Australian didgeridoo.

Most researchers theorize that the reason for this exodus was climate change, both sudden and profound. But how did these ancients travel so quickly, without navigation instruments or even a knowledge of where they were going? How did they not only adapt to dramatic change but thrive and multiply? Answers to these questions are more interesting to me than a celebrity’s moral dilemma because they give me hope about our ability as a race to prevent (or at least adapt to) what may be the greatest crisis in our 50,000-year-old history. Are we adaptable enough, and united enough, to meet the challenge? Our track record says: yes. Relocation may not be the solution this time, but we modern Cro Magnon do have other options, which will be explored in future posts.