The Far West Village: A Valentine 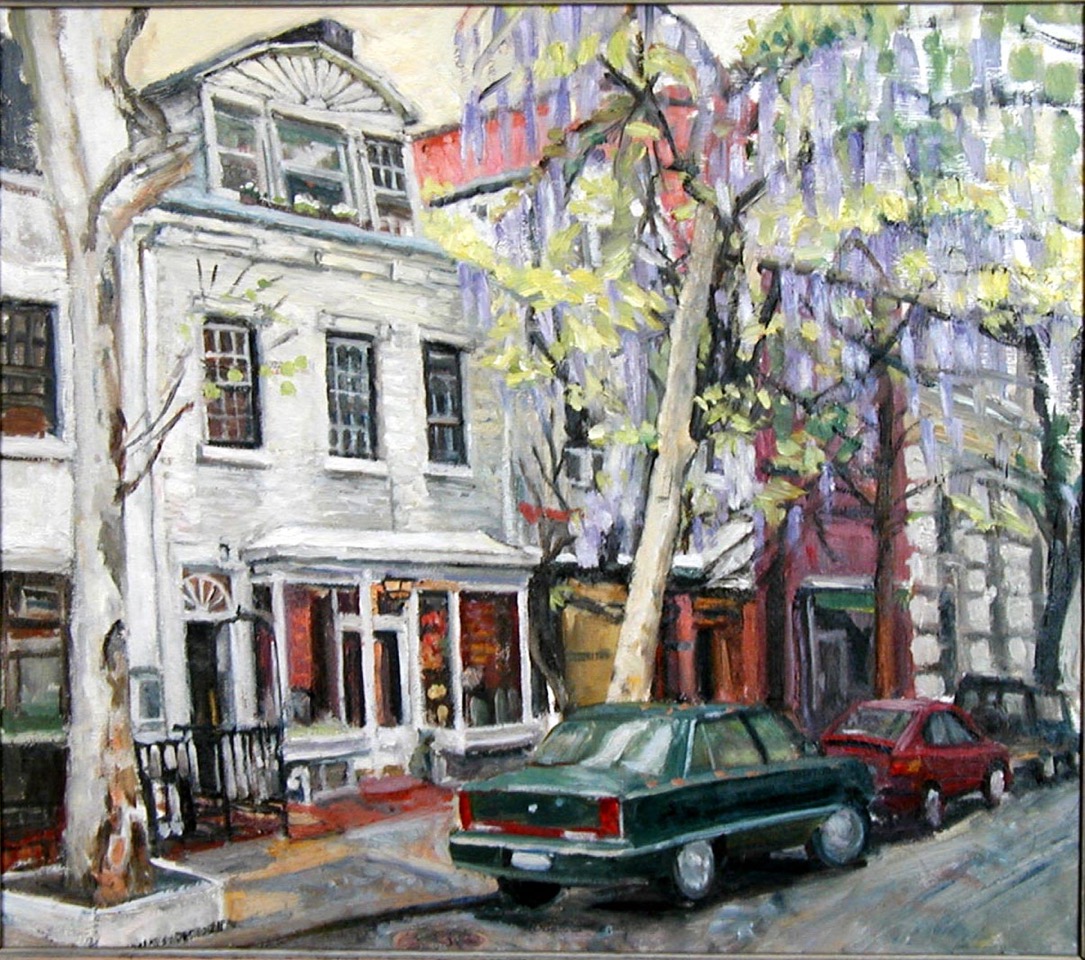 I have an indelible memory of a map in my sixth grade geography book in which dots indicated the size of population centers in the United States. The entire midsection of the country was sparsely dotted, like pepper on a child’s egg, and my home state had hardly any dots at all. When my eyes scanned east across the  map, the dots began to thicken somewhat over Minnesota, merging into clots at Minneapolis/St. Paul. The clots became dendrites at Chicago, congealing into one large, inky splotch at New York City. “That’s where I’m going,” I vowed. I wanted to swim in a sea of people.

Manhattan, and its outer boroughs, is the only city in the world where the full palette of humanity mingles on a daily basis. Once I had this ultimate population experience–in close proximity to people who were different from me, sometimes vastly different–it changed everything. I knew I could never live anywhere else.

I had a similar transformation when I first discovered the Far West Village, where the character of its streets was the irresistible draw. Unlike Uptown’s parallel grid that draws the eye out to the chill of infinity, the angles of these crooked streets immediately gave me a protective feeling of enclosure. Then, south of Christopher via Gay Street, a narrow dogleg that leads to Waverly Place, I entered the gateway to utter chaos that culminates in the twists and turns of Bedford, Barrow, and Commerce streets. Quirky, disordered, meandering as they pleased, they appealed to a contrarian misfit like myself. I was home.

This year I celebrate forty years of daily walking the beloved streets of the Far West Village, never entertaining the thought of living anywhere else, and this month I celebrate my eighth year of writing articles for WestView, a local newspaper, about the centuries-old history of the neighborhood. In my research I learned that its unique landscape barely escaped the fate of the rest of Manhattan when, in the early nineteenth century, the City Council ordered the leveling of every hill and valley from Houston Street to the Harlem River, drained its many waterways, and instituted a lockstep, right-angled grid of numbered streets. The city fathers insisted that the purpose of this radical change was to restore discipline among the citizenry, claiming that “disordered streets cause disordered minds.” The real reason, of course, was to maximize the profits of real estate developers, present and future. Opposition to the plan was fierce, but nowhere was it as intense as in the West Village, where local produce sellers regularly pelted surveyors with rotting vegetables. Eventually the locals won, the first of many victories over powerful moneyed interests.

For two hundred years the West Village has been the home of vociferous protesters, the neighborhood of choice for “irregulars”–innovators, movement-makers, rainbow people, artists, iconoclasts, eccentrics of every stripe–the  refuge of those who march to a different drummer, or to no drummer at all. Even now, in this age of unfettered greed, when the vast majority of that full palette of humanity can no longer afford to live here, when our streets swarm with a new population of the over-privileged, barking into their cell phones, barely present, oblivious of their surroundings, with zero interest in the past, it is still possible to find artists like my neighbor, John Silver, setting up their easels on a corner to capture the beauty and quirky spirit of its ancient buildings. Even now.