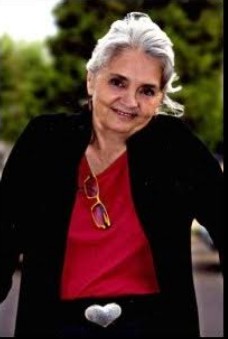 My sister has always been a forward thinker. In the 1970s she was all excited about a new and amazingly efficient technology called word processing that employed a keyboard hooked up to a box small enough to sit on the top of your desk. No more carbon paper! Alphabetize in the blink of an eye! “This is going to change everything,” she told me, and she was right, in ways not even she could imagine at the time.

Then came the World Wide Web, another giant leap forward, which not only allowed you to process information but also to share it with the click of a finger. Search engines, e-mail, Facebook, Instagram, crowdsourcing — these new, democratized forms of communication quickly spread around the world. They transcended age-old boundaries, not only geographic but person-to-person — boundaries of age, gender, ethnicity, race, even language. Even powerful institutions can now be circumvented if they fail to meet our needs.

Which is why, after hearing about her friend Julia Connor’s urgent health crisis, my sister immediately headed for her computer. In Julia’s long career as an artist she had worked in a number of media such as painting, drawing, and sculpting, but “poetry has been my ground,” says this former Poet Laureate of Sacramento. “For me, a poem always began in my journal, its genesis arising as much from the movement and play of the hand as from the movement of the mind.” This form of creativity became all but impossible, however, when  Julia began to lose control of small motor movement in her hands. In 2011, she was diagnosed as suffering from full-blown Essential Tremor, the same genetic neurological disorder that afflicted Katherine Hepburn.

Since then, “Not only has my friend lost her artistry, she has lost her income,” my sister says. “She can’t do the little things you and I do every day, like manage a glass of water, and using a computer makes her hands tremble even more.” Then, just last month, Julia told her about a medical breakthrough. The FDA had approved a highly successful, non-invasive procedure for her disorder, but the treatment cost up to $50,000 and Julia’s insurance didn’t cover it. “Julia qualified in every way for the treatment, except financially. That broke my heart.”

But despair didn’t stop my sister from taking action. Just two weeks ago she started a Gofundme campaign that has already raised close to $15,000. Then, just last week, Medicare announced it would cover $10,000 for qualified candidates, and in January Julia will receive a $5,000 grant. All this, in less than a month.

“Whether moved by the terror of life or the beauty of life, one is summoned to respond,” Julia writes on her website, juliaconnor.com. “This is my fundamental understanding of love and it is what lures me to create, whatever the medium.” The beauty of the internet is that it reaches people who are responsive to that fundamental understanding, and it connects them, whether they have the means to contribute or the desire to share the information with people who do. That’s when crowdsourcing can be like the biblical manna from heaven — many gifts, large and small, raining down from an as yet unknown source, providing the means for a creator of beauty to regain her steady hands. Likeminded people coming together can do amazing things.