“Ven It’s Vinter in the Welligreen”: Growing Up in Fargo 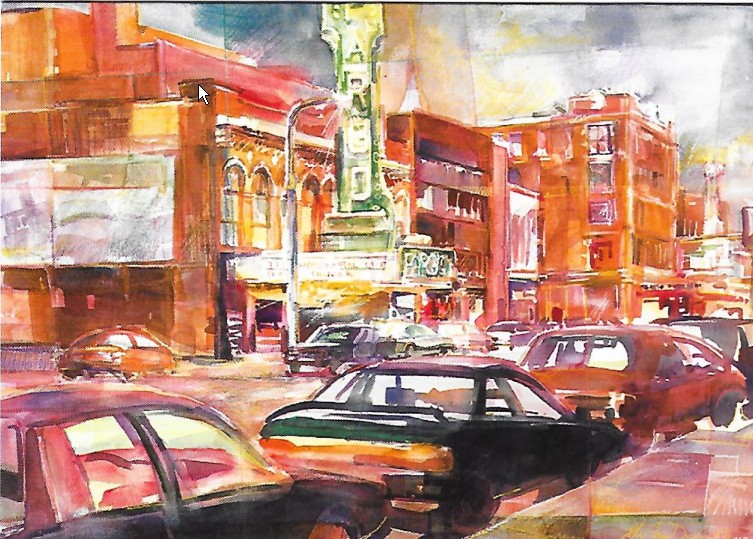 My Fargo High School Class of 1958 has a popular new subdivision on its Web site called “Growing Up in Fargo,” and it creates occasional tsunamis of e-mails among us survivors, each wave a flood of shared memories. This may account for why I woke up this morning singing a song in my mind that Miss Sorkness, my sixth grade teacher at the Jefferson School, taught us kids on the South Side lo these many years ago. Why do I still remember all the words to a particularly goofy song she taught us when I was eleven years old? And why do a few people out of all the legions you meet in a lifetime continue to loom large in your memory? I don’t know why, only that they do, and no one from my grade school years looms larger than Ruth Sorkness.

It wasn’t all silliness with her, though. I vividly remember when she pulled down one of her maps, pointed to the Middle East, and said ominously, “This is going to be a major source of trouble in the world.” How did she know that in 1951? (However, her prophesies were not always infallible. One of the songs she taught us was called “There Never Will Be Oil in North Dakota.” True story.)

Miss Sorkness had a morning ritual. After the Pledge of Allegiance, while we were still standing by our desks, she put us through an exercise routine followed by a short songfest. The songs she taught us were unique and unknown, complete with the appropriate Norse dialect, and because going to school in Fargo was basically a winter experience, most of then had a seasonal theme, e.g., “It’s going to be a long, cold winter, and what will poor robin do den, the poor ting?” But her most memorable song was about a place called the Velligreen (or Welligreen). I did a Google search on these words and came up with nothing. I’m inclined to think she made these songs up, but again, who will ever know?

In late 2005 our father died, and all four Revland children were home. At his viewing at the Hanson Runsvold Funeral Home, who should walk in but Ruth Sorkness and another unforgettable, Amy Nelson, the fifth grade teacher at Jefferson. Both women had taught all four of us, Claudia, Steve, Paul, and myself, and in sheer delight we gathered around these forces of nature and gave them the full Revland. “Can we sing for you?” we asked. We then proceeded to sing this bizarre little ditty, so exemplary of self-deprecating Norse humor, with each “v” and “w” transposed, and they heartily joined in. (Perhaps you are thinking that even more bizarre was bursting into song at our dad’s funeral. I assure you, he totally approved.) So here it is, with dialect:

So thanks, Miss Sorkness, wherever you are, for waking me up this morning with a laugh and a silly song in my heart.