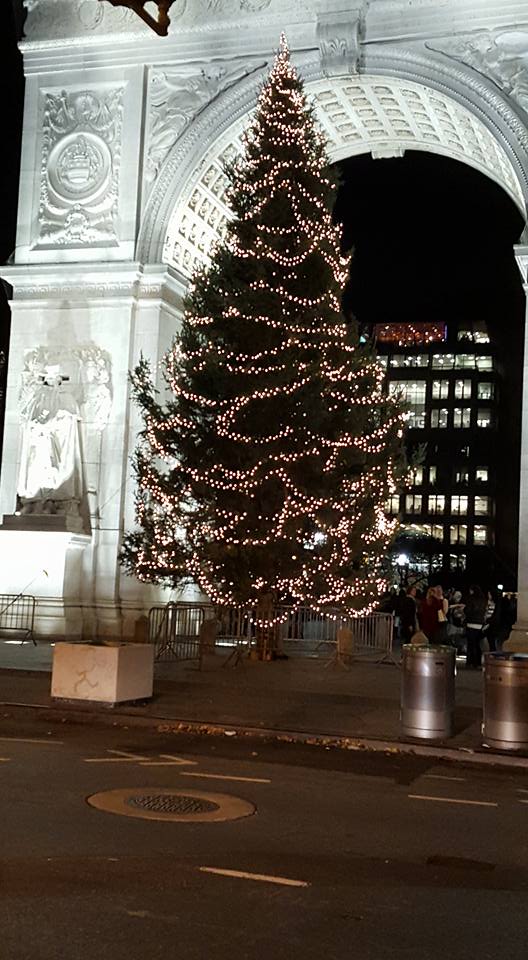 Kathy, a good friend from college days, emailed me from Florida: “As the subject of so many holiday movies, New York acquires a mystique, an aura, a legend of sorts. So I’m wondering what it is like for you.”

Ah, Christmas in New York. Last Saturday I walked along the Hudson River Park to the Chelsea Market, the old Nabisco factory converted into a swank indoor shopping mall, and one of the hottest downtown destinations. Exit its Tenth Avenue door and you’re looking up at another wildly popular attraction, the Highline, formerly the terminus of the Penn Central Railway, which has been transformed into an elevated urban jungle. Both are architectural wonders that honor the past instead of demolishing it, but the human traffic is subway-rush-hour style on the weekends. Like the legendary Village Halloween Parade, that’s often the downside of success.

Two blocks short of these sensations, just north of the mob scene at the new Whitney Museum, I see a line of people that goes down the block and around the corner. A Target “Wonderland” store has opened for the holidays. Entire families are willing to wait hours in this slow-moving queue to buy some bargains. One block east is another spectacular transformation. The once grim and vile-smelling Meat Packing District is now another kind of Wonderland, for shoppers with wads of money. So you could say that New York during the holidays is still a desirable place if you don’t mind elbowing your way through a mass of humanity or waiting in long lines to spend your money, but you can do the same thing in lots of other place. No mystique there.

But it’s here. It’s just hard to find now. Last Thursday morning I was doing errands around my lavishly decked-out neighborhood, serenely uncrowded at that hour, and out of nowhere came visual replays of holiday shopping in the Village all the way back to 1964. Young mother coming in from Brooklyn to find cheap but enchanting little ethnic things, when such things were still a novelty. Tiny china animals for my daughters, the painted clay bird from Mexico that still adorns my holiday tree. It was a Christmas rush of another kind, a memory rush, bathed in that golden glow of nostalgia, an experience that comes unbidden and often only once each season. So yes, there’s still that aura to a New York Christmas, but for me it exists only in the mind. It’s not what it once was, but nothing ever is. That’s where the mystique is now. And I can live with that.