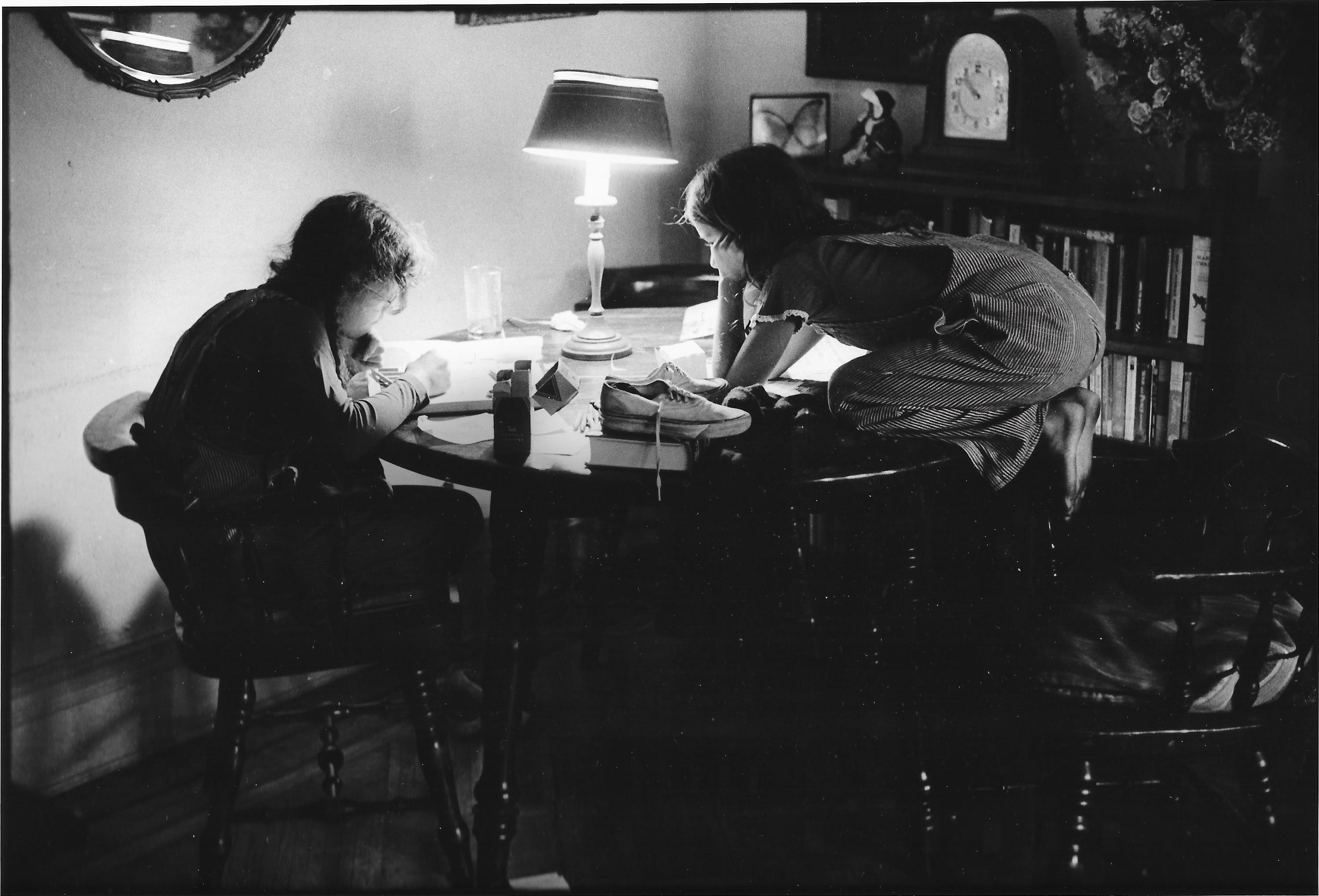 Park Slope, Brooklyn, 1973: Living in a $125-a-month, floor-through apartment in a classic brownstone on a park block. Quiet street, lots of kids, good neighbors keeping an eye out–all in all, a dream come true. The bay windows in the living room still had their original bird’s-eye maple shutters. I scraped the old paint and varnish off all twelve with single-edged razor blades, a terrible job, but oh, those freshly varnished shutters were beautiful. The four rooms were small–dining table in the living room where our daughters studied after supper–but the place was cozy and we loved it.

Then the building got sold. After inspecting all the apartments, the new landlords told us they had the right to live in their own building, and our apartment was the nicest–they loved those bird’s-eye maple shutters. We had a month to find another place and they would generously pay moving expenses. I took the dog for a long walk in Prospect Park and cried.

The day before our eviction Phillip, my then husband, came home from the grocery store with a stewing chicken, large, fat, and raw. “It’s a little housewarming gift,” he said. “Why?” I wailed. Instead of answering, he just smiled. Set into the wall next to the dining table was an old-fashioned heating vent cover of filigreed iron that we had recently painted the same pale yellow as the walls so that it was hardly noticeable. This he pried loose with a screwdriver. He then wound many layers of butcher’s twine around that nice, chunky chicken, leaving one long piece of string that he threaded through the filigree, knotted it securely, dangled the chicken down the vent, and reset the cover back into the wall.

A few weeks after we moved I was visiting the old block and ran into my former downstairs neighbor. She told me an alarming story. There was a terrible smell in the building. The new landlords were so upset because they couldn’t find what was causing this bad odor. “Oh my,” I said. “What could it be?” That night I told Phil about it. He had a favorite expression for such moments, delivered in a voice both soft and low. “Don’t fuck with the falcon,” he said. True story.